Get Into The Wild

In a province that boasts the highest moose density in North America, your 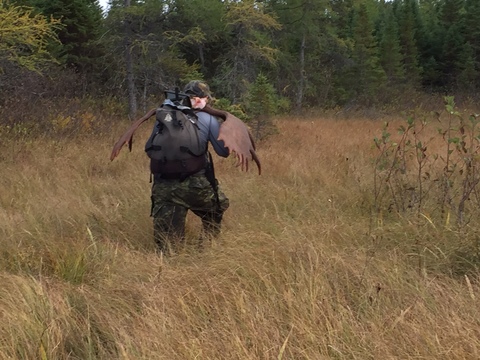 chance of success is excellent on an NL moose hunt with us. Our lodge practices in-house resource management that focuses on maintaining a healthy population so we can continue the trend of yielding moose in the 30-45 inch range each year. Bulls average around 36in and the largest at our lodge came in at 49in. We cater to all hunting enthusiasts, using hunting techniques and equipment best suited to each client. The use of rifles, bows, and muzzleloaders are acceptable, and we use various callingtechniques to bring them into a comfortable range.

After your animal is tagged, the game is professionally quartered (and caped), and carefully handled until it reaches the meat storage building back at the lodge. After adequate hanging, it is transported to the local butcher where you will have multiple options for butchering and shipping, depending on your individual needs. After being butchered (cut, processed, and vacuum packaged) your game remains in a cold storage facility until it is ready for shipment. Butchering and shipping fees are the responsibility of the hunter.

As most of you know, hunting is never guaranteed. One thing we do know is that whether you’re calling on the shores of scenic Victoria River or using spot-and-stalk on the peaks of the Annieopsquotch mountains, our experienced guides are committed to ensuring your hunt is a success.

Our Species: The Eastern Moose 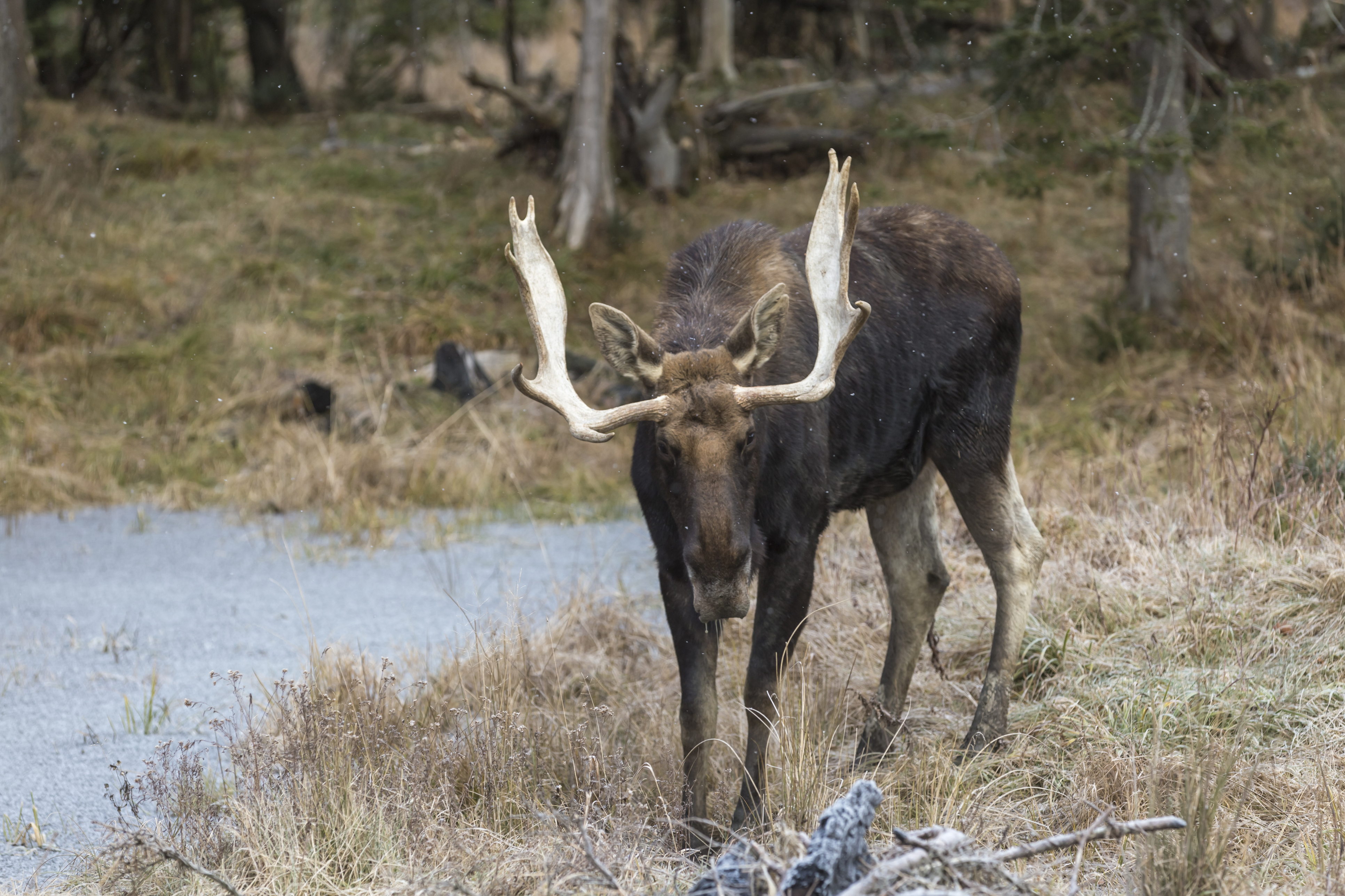 The eastern moose (Alces alces americana), is a sub-species that inhabit Eastern Canada and Northeastern United States. A mature bull (male) can stand 2 meters (7 feet) tall at the shoulders and can weigh up to 550 kg (1200lb). A mature cow (female) is slightly smaller, weighing up to 400 kg (900lb), but still bigger than their deer family relatives. Males have large palmate flat antlers with long prongs projecting and under their throat hangs a large pendant of fur about a foot long called a bell. Female moose have no antlers. Both sexes have longer front legs then back legs, giving them a humped appearance. Moose have a short, stubby tail, a short neck, long nose, and ears like a mule. Moose vary in colour from dark-reddish brown with greyish-white legs in heavily wooded areas to light brown-tan in more open tundra regions. During the winter, they feed on fir trees, twigs, and shrubs, consuming about 18-22kg (40-50lb) of food per day. In the summer, moose eat a variety of leaves, trees, and shrubs, such as birch, aspen, and alder. They also feed on aquatic vegetation, consuming a total of 22-27kg (50-60lb) per day.

The mating period commonly referred to as the “rut” typically begins in late September and ends in late October. During the rut, moose can be called to within 10 meters of a hunter by our experienced guides. Although this time frame is considered by many to be the prime moose hunting, many mature bulls are taken in the post rut.

History of Eastern Moose in Newfoundland

The eastern moose was first introduced to our province in 1878 to Gander Bay and again in 1904 to Howley. Since their introduction, moose have thrived in the Newfoundland habitat, which varies from dense river valleys to open tundra plateaus. The moose population peaked in 1998 at an estimated 150,000 animals, and has since dropped to the current, healthier population of an estimated 120,000. The island of Newfoundland boasts the highest moose densities in North America, and are a contender for the highest density in the world. Averaging around 2-3 moose per square kilometre, and peaking in some areas at a whopping 8-10 moose per square kilometre, we now have quite a few to brag about!

"Our aim is to provide incredible experiences for everyone who stays with us, to help build our industry, local economies, and communities, and to protect the wonderful natural resources we are privileged to have in this province."